Lawyers, When and Where You Need

Our office is located in front of the railway station Milano Lambrate, in the heart of Città Studi (University District) near to the campus of Politecnico (Polytechnic of Milan) and in the neighborhood of the major pharmaceutical companies and research centers. The block is living the exciting experimentation of ‘Smart City’ Project awarded by EU for a sustainable moving.

Nearby is the new ‘Zona Ventura’, district of art galleries, radio studios, magazines in art and design, architectures and bookshops.

Well served with public transportation and electric city bikes and car-sharing. By subway (green line – MM2) four stops from the railway station Stazione Centrale, a quarter of an hour from Milan Courthouse and downtown.

The new Rho-Pero fairgrounds can be reached by subway in less than half an hour. 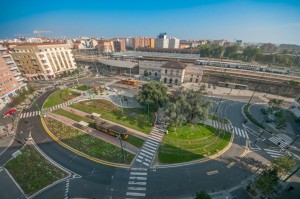